Faith is one of those subjects we’re told not to talk about as in” “the three no-no’s in life to discuss are religion, politics and sports.”

Well, that’s not how it works for people of faith, or people who are into politics OR sports for that matter. These subjects are close to people’s hearts; for some it’s literally “where they live.” To label these subjects as something not to talk about “in polite company” to avoid an argument is to allow someone else to tell you how to think, act and live.

Which is exactly the brainwashing barriers Q has been trying to break through to reach people; the mindset they want to help us dismantle. Anons are told to think for ourselves, to research for ourselves, to trust ourselves and to destroy the “thought police” mindset of “correctness” be it political, religious or about your favorite team.

The correctness movement has stifled free speech to the point where people are AFRAID to talk about their own truth for fear they’ll inadvertently offend someone else! And most Americans are sick to death of it..and as a result, many are left watching a decline in society that has reached into every aspect of our lives…and feeling completely helpless to stop it. That’s where Q comes in. Be strong, be courageous and FIGHT back is an ongoing message running throughout all the drops. We are in a war for the soul of not only America but for every person living inside her borders…and indeed, throughout the world.

Think of the courage it took for millions of Chinese to stand up and form a human chain for freedom in a communist country — knowing tanks & guns were headed their way. Or the yellow vest protesters in France who have been ignored and maligned for over a year…but keep on fighting. Who hasn’t felt sorrow for the people in Venezuela who are starving and digging in dumpsters and eating zoo animals to stay alive…or the protesters being shot in the streets in Iran and selling their own organs to survive?

America has always represented freedom to many in the world…it’s only in the last few years that so many have realized that some want to take away those freedoms…or that evil people in our own government have engaged in horrific acts of barbarism all over the world..and that truth has been kept from us by a complicit propaganda-style media.

Q doesn’t shy away from faith…the 2nd drop said “God bless fellow patriots” and many drops feature scriptures and requests for prayer. Q has said what we fight is a spiritual battle and most Christ followers would agree with that. The culture wars have heated up to a point where many feel helpless to stop the massive onslaught against values and faith. The Bible tells us what to do…and so does Q, put on your armor and fight! 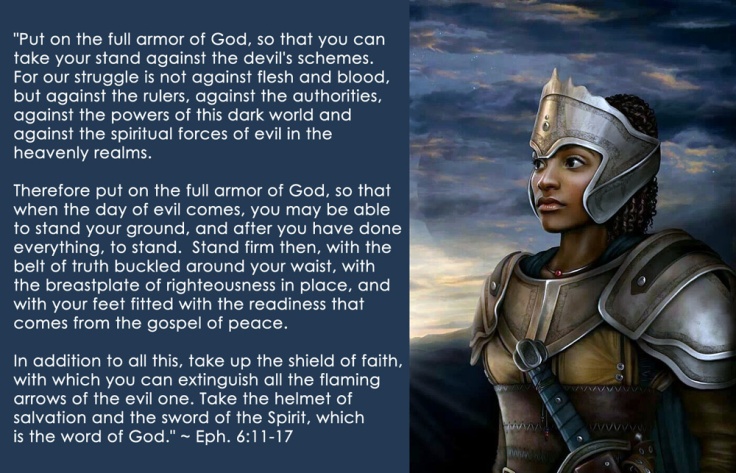 Faith is personal and only God really ever knows our hearts. But for those who claim the title Christian — who read and believe the Bible…the whole Bible not just the parts we like — we’re called to tell others the good news about Jesus Christ. This site is designed to look at Q from a Christian perspective, and explain the Q movement and the Great Awakening, TO Christians.

There are plenty of places to find other information that aligns with different faiths and worldviews represented in the Q movement and, for the most part, I will cheerfully connect with those who don’t follow Christ because it’s not my place to judge, argue with, deny or denigrate…that isn’t what the Q Great Awakening is about. It’s a movement of waking people up to horrendous corruption and crimes at the highest levels of world governments.

I may wholeheartedly disagree with those of other faiths and many times, if the opportunity has presented itself, I DO discuss my personal faith. But most of the interaction many do in this movement is on social media…which limits opportunities to truly go deep with what are, in essence, complete strangers. People can say anything they want behind the anonymity of a computer screen, pretend to be anyone they want.

In my life, “in person” faith talks are how unbelievers have come to faith and how disciples have been made…face to face interaction. Social media is useful but it’s not real life. Our family, friends, neighbors and co-workers are where we live in real life and they’re the ones we connect with on the deeper levels of faith.

Having said all that, I believe talking about faith online plays an important role in today’s online world and encourage everyone to be open, honest, kind, generous with your wisdom, knowledge and love to the strangers you “meet” and become “friends” with online. Many will NOT step foot in a church today for a variety of reasons so online is their only exposure to both the gospel and to Christ followers.

Share your faith, share your truth and no matter what, don’t let anyone tell you faith is a taboo subject. Adults can handle differing views…only children demand that everyone play their way or they’re uninvited from the birthday party. Q is a worldwide party of people of many different faiths…accept that. Look for opportunities to graciously and honestly share your own!