There are millions of people worldwide who follow Q, research subjects and have a widely varying set of beliefs systems, cultural norms and areas of interest. But the “legacy” news has branded ALL Q believers as crazy, fringe conspiracy theorists who own, and proudly wear, tinfoil headgear. Not true of MOST but yeah, there are some…how could there NOT be among millions? Just look at the various arguments in Christian doctrine…they can’t all be right…or wrong; people tend to label those we disagree with as ill-informed, crazy or a “cultist.”

Who’s to say what’s a conspiracy theory? So many have now been proven by CREDIBLE independent and citizen journalists, “corporate” journalists — and everyday anons researching and doing “deep dives” — that the attacks on the Q movement by the mainstream media have reached a fever pitch. 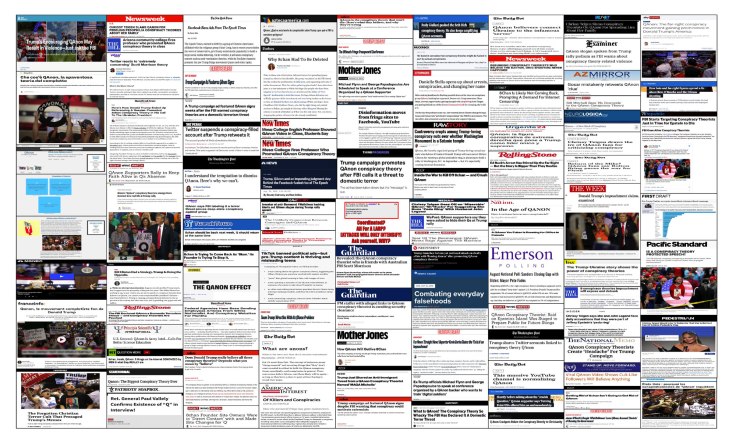 Have you ever wondered WHY a single “fringe movement” receives more than it’s fair share of coverage by corporate news agencies? I don’t think you can name five “conspiracy theory” movements that get ANY coverage, let alone as much as #QAnon! Why? Well, shining a light into a nest of roaches tends to make them scramble, freak out and some will actually turn and fight.

Well, let’s start by looking at where the phrase “conspiracy theorist” came from. Here is an article from Zero Hedge, below is a 10 minute video followed by a screenshot of the CIA dispatch regarding the assassination of John F. Kennedy and the Warren Report below it. 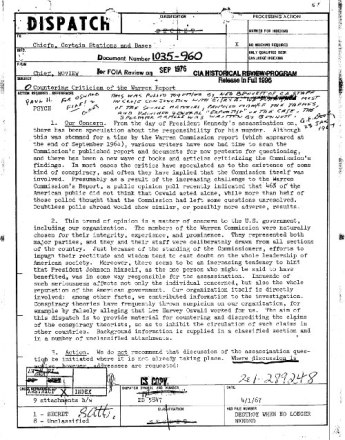 So let’s look at some of the top “conspiracy theories” INSIDE the Q movement that get people to arguing as much as those in church argue about Revelation (pre-trib, mid-trib, post-trib, etc.) Some are impossible to disprove due to the fact that Q also posts DIS-information so when he said, “No, JFK Jr. is not alive” believers decided it was disinformation meant to fool the cabal.

On this blog site, we will simply present the information and you can decide for yourself what you believe or don’t believe. As Q says, “The choice to know is yours.”

We’ll be connecting the above list to pages and posts on the subjects as they are completed.